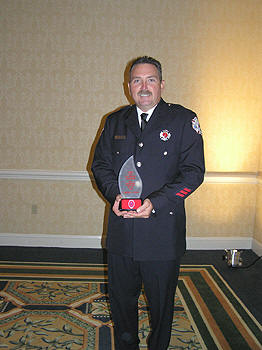 Mike Presby is a 17 year veteran of the St. Cloud Fire Rescue Department and holds a Fire Officer certification and is working towards his AS degree. Mike started his fire service career with St. Cloud and has worked his way up the ranks to Lieutenant. On January 24, 2005 Mike was credited with saving the life of a woman trapped in a trailer fire.

January 24, 2005, 0730, Lt. Presby had just finished his shift and was on his way home. As he turned down his street he saw flames licking the windows from a single wide trailer and neighbors running and shouting. Heavy smoke and flames could be seen coming from the trailer. Deputies Daryl Cunningham and Robert Tyrrell from the Osceola County Sheriff’s Office had been patrolling close by were on the scene. They had tried to enter the trailer but the heat was too intense for them. As Presby approached a neighbor advised him that a woman was trapped inside the trailer. As he tried to enter the trailer the heat and flames drove him back from the door.

Presby was off duty and had no bunker gear with him and the heat was too intense to enter the trailer, smoke had banked down to the point that visibility was zero. Taking command of the situation Presby advised the deputies and neighbors to start breaking the windows. Armed with rakes and bare hands the windows were broken as smoke and hot air began to rush out.

Presby dropped to his belly and began to crawl through the front door. Deputy Tyrrell got down on his belly and held Presby’s feet, while Deputy Cunningham kept an eye on him to make sure he could maintain visible contact. Presby crawled a distance of 15 feet with his lungs burning and feeling the heat on his back. He followed the faint sounds of Ms Grimes to the kitchen area. Presby reached a semiconscious 68 year old Leah Grimes who was suffering from exhaustion and smoke inhalation. Presby grabbed her arms and pulled. He found his way back to the doorway where the deputies took Ms. Grimes to the front yard.

Ms. Grimes was treated and transported to ORMC Orlando with severe burns and smoke inhalation. On January 25 one day after the fire she was listed in stable condition.

Isabel Arias is a consummate Public Safety Telecommunicator, with eleven plus years of service to the Naples Police and Emergency Services Department.

Ms. Arias is a “working supervisor” who serves as Terminal Agency Coordinator (TAG), and assumes a vital leadership role in the administration of quality assurance standards and personnel training and development. She is primary trainer for new telecommunicator, who instills by example the professional, ethical values and key skills and knowledge of a model telecommunicator.

Ms. Arias has earned the respect of colleagues and field operations personnel for her outstanding customer service. Her keen grasp of fire/rescue protocols helps create purposeful, measure authority in her radio dispatch communications with Incident Commanders and Firefighters. Her spirited demeanor and sense of humor tend to complement and underscore her serious dedication to duty and career. 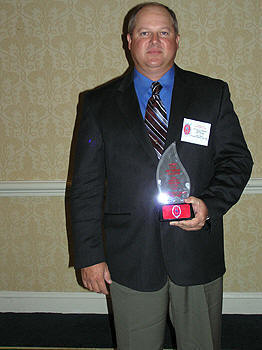 Glenn is an exceptional employee who has earned the respect of fellow employees over his 23 year career and is very deserving of this award. Glenn’s value to the organization was apparent during the 2004 hurricane response. His first-rate performance as the Operations Section Chief for the Camo Team was essential in order for us to accomplish the difficult tasks associated with this type of incident. This was only one of the four incidents that he participated in over the eight weeks or so of deployments.
He has demonstrated a willingness to do what it takes to get the job done in emergency situations as well as his regular duties. Glenn is and has been a leader for the district in all burning situations, whether it be conducting a 650 acre multi-agency prescribed bum, directing holding and mop-up operations on a division of the Road 1 Fire, or plowing out a 15 acre brush fire in Suwannee County. All of this he has accomplished within the last year.

Glenn has been a conscientious hard working employee for 23 years. He always accepts new and difficult challenges in an effort to meet the needs of the Suwannee District and Division. His can do attitude and leadership directly impact those around him by providing the positive influence and example for what all employees should strive to achieve. Glenn is especially deserving of your consideration for this award. 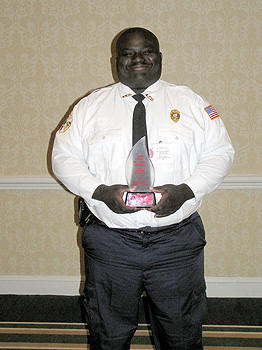 Robert has been a member of the City of Arcadia Volunteer Fire Department since 1998 In that lime he has risen to the rank of Deputy Chief.

In his tenure with the department Deputy Chief Bush has taken the opportunity to become trained on the operation of every vehicle in the fleet as well as learn ail aspects of operations and communications for the department. This makes Robert a valuable asset to the department and community. Robert also serves as a liaison between the Arcadia Police and Fire Departments during deployment of the Police Departments tactical team. Deputy Chief Bush ensures proper staging of medical and fire suppression units during these Tactical team deployments.

These things in themselves are worthy of recognition but I would also like to share some of Robert’s Actions during last years Hurricane Charley event. Robert sheltered with half the Department in a special needs shelter us our community took « direct hit from Hurricane Charley, his smile and soothing personality helped keep the civilians ID the shelter calm as the shelter itself sustained heavy damage. Immediately following the storm he assisted in several operations some of which included, checking the status of an adjacent nursing home, clearing of roads for access to the local hospital. Also securing a landing zone for a Blackhawk helicopter for a medical evacuation. Deputy Chief Bush also was part of an operation that secured a portable oxygen supply for the special needs shelter that was less than an hour from running out of oxygen.

The day immediately following the storm it was learned Robert’s home had been destroyed. Instead of worrying about his own situation, he continued to assist any way he could. He would become a fixture at the station for the next month and took part in numerous activities. His skill as a heavy equipment operator was put to use as he assisted in the construction of our local staging area where much needed relief supplies were shipped into our community He was also assigned to a mutual aid engine company where he served as a liaison allowing this unit to function for both emergency response as well as recovery operations. During this great time of need in our community Robert truly stepped up and made a difference

Robert’s dedication to the Department is also valuable to other communities as well. Several weeks ago a mutual aid response by another county was requested for our tanker Manpower was low that day but one quick phone call was made to Robert for assistance. He arrived at the station even before the truck was prepared to go.