This years winner of the Career Firefighter is Steve Kona. Steve is employed by the City of Venice Fire Department. he currently holds the position of Lieutenant and has been with the department for the last 14 years. From the words of fellow employees, Steve performs above and beyond all areas of his job. He has the ability and discipline to learn any task given him, and completes them without any excuses.

He was also chosen as the City Of Venice Firefighter of the Year.

Forestry Firefighter Of The Year – Will Raulerson 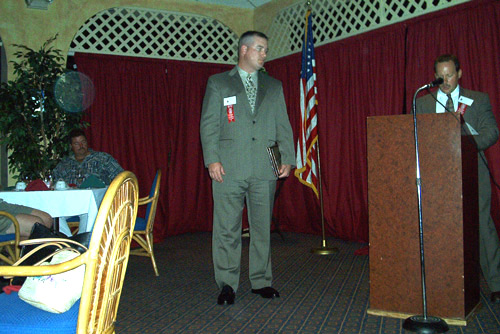 This year Forestry Firefighter of the Year is Will Raulerson. Will has worked for the Division of Forestry for 5 years and 7 months, and currently works in the Bunnell District. His application came with several letter of commendation.

In November 1999 he was promoted to Senior Forest Ranger. He is the Chairperson for the Bunnell District’s Safety Committee and has held that position for the last 5 years. He recently was appointed the Chair of the State Safety Committee. He volunteered to conduct sampling, in Volusia County, for the Florida Risk Assessment Program. Will is also active as an instructor for the Southern Engine Academy and CPR. His willingness to give of his time and talents is clearly seen by people he works with.

Will is Red Carded as Fire Fighter II, Squad Boss, Engine Boss, and Helicopter Crew Member. He is active in the Division of Forestry aviation program and is striving to be Red Carded as Helicopter Manager. 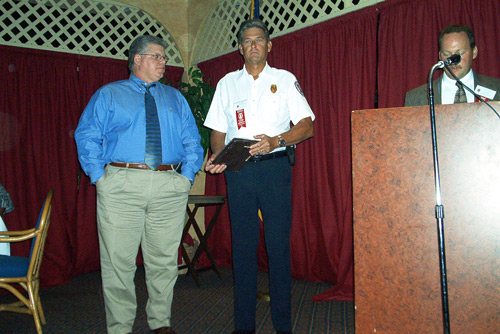 An example of his quick thinking abilities is: Recently he was responding to a vehicle fire. Upon arrival he found a stilt type home with a vehicle parked under it. The vehicle was on fire. Knowing that the apparatus was still a ways away, decided to take action. He attached the burning vehicle to his 4×4, with a chain, and pulled it away from the structure. This quick thinking move probably saved serious damage to the structure.