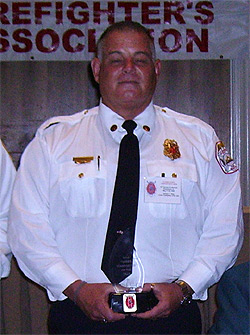 On February 22, 2005 Captain Riley and the crew of Engine 7 were called to an auto vs. child. Upon arrival, they found an unconscious 8 year old boy trapped beneath a Toyota Camry. The boy, having been dragged some thirty feet beneath the vehicle, was seriously injured and required a rapid and immediate removal. Captain Riley decided to manually lift the vehicle in an attempt to free the trapped child. He crawled under the rear of the vehicle, and with the vehicle centered on his shoulders, was able to push up into a hands-and-knee position under this vehicle. Using only his physical strength, he raised the vehicle some 4 inches off the ground allowing FM David Griffith and FM Michael Reyer to pull the now-conscious child from under the vehicle.

The child was immediately transported and us expected to make a full recovery. 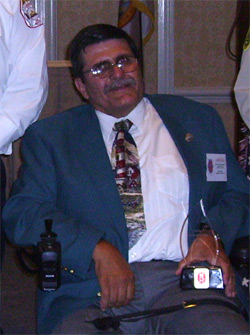 During the 2004-2005 hurricane season Bill was the only dispatcher to stay on duty 24/7 until the end of the storms, he answered all calls. In 1990 he was praised for his compassion, and in 1991 he received a commendation from the Weaver family for his handing of the fire call he received when their house was on fire. 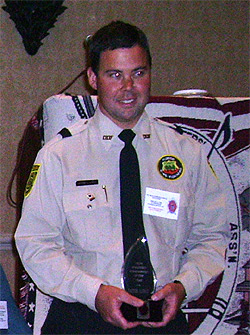 Jason Received recognition from Commissioner Bronson and DOF Director Mike Long for his role in saving a woman’s life while deployed on Hurricane Katrina and for his commitment to public service. On Sept 13, 2005 Jason was working on the Save A Center Pod, in downtown Waveland. He spoke to a woman in line and during the conversation she told him that her son who was serving in Iraq was killed in action, and Katrina destroyed her home, she confided to Jason that she could not take it any longer and was going to commit suicide. Jason notified his POD manager and they called for medical assist. The next day the woman came back to the POD to thank Jason for getting her the help she needed and saving her life. 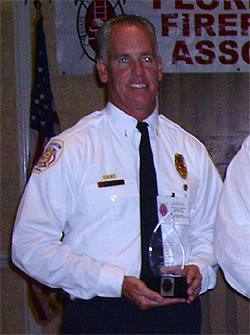 Randy is a 17 year veteran of the Plantation Fire Dept. Consistently been a top responder and always goes the extra mile to help fellow firefighters. Promoted to Lt in 2000, he is a State Certified Firefighter and Instructor and is working toward his Fire Officer One certification. Randy not only teaches new recruits the Basic Training Program, but he actively develops creative ways of drilling the more seasoned members of the department.