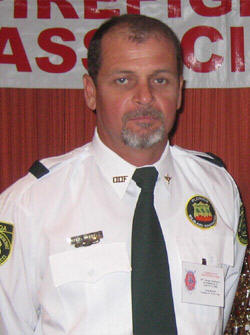 Chris has been with the agency for 24 years and has become one of the top firefighters in the State. Chris is qualified as an Operations Section Chief, and has served in that role on the Red IMT for many years. His experience in Operations is extensive, and he has worked on fires all over the country. He has also served as Deputy Incident Commander, on the Red Team, and worked last year with the Red Team on the Bugaboo Fire. His knowledge, skills and abilities in the field of wildland firefighting is unparalleled.

Chris has also become carded as an Air Tactical Group Supervisor (ATGS), one of only a handful of firefighters who are qualified in this position in the South, and the only one in the Division. This position is critical when working multiple aircraft on fires. In 2007 he worked as ATGS on the Lee House fire in Lake County, the Sopchoppy fire in Wakulla County, the Clear Lake Fire and the Otter Creek Fire in Leon County, the North Branch fire in Franklin County. Chris also worked as an ATGS with the Florida Green IMT in Whftefish, MT on the Brush Creek fire. As the only ATGS in the Division of Forestry, Chris is uniquely qualified to assist firefighters throughout the state as their “eye in the sky”. He is now working to mentor other firefighters in this position.

Chris started his career as a Forest Ranger, and worked his way up through the ranks to become the Fire Training Officer for the Division. He has always been very active in training throughout his career. He has helped legions of firefighters, both structural and wildland, to improve their skills throughout his career. Chris also trained and provided oversight to several units of the Florida National Guard last year to fight the Dairy Road Fire in Bradford County. 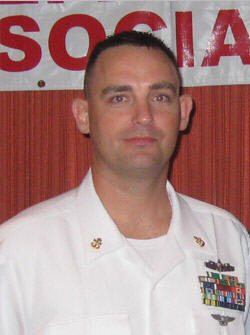 Scott has been with the department for 2 years. He is a highly motivated, dedicated and and inspirational member. He jumped feet first into the volunteer association. He is the driving force behind our volunteers and insures that all volunteers are properly trained. This has had a direct impact on the volunteer association and the PGFD overall readiness. He brings a unique experience to every evolution and is always on call for any casualty or training activity. He has devoted countless hours to the PGFD, responding to calls, from EMS asssit, to structure and even public education events. He is a true inspiration to all around him and directs the Volunteer Association through improvements he has made including: developing ride time tracking, and streamlining the required OJT.

Scott was previously a Petty Officer with the U.S. Navy with 15 years of active duty.